7 Things You Need To Know About Louboutin High Heels

September 26, 2019 | Comments Off on 7 Things You Need To Know About Louboutin High Heels
Categories: Designer Shoes.

No matter who you are, any Tom, Dick or Harry can easily distinguish Louboutin high heels from an ordinary high heel. Needless to say, there is nothing ordinary about this designer! No closet is ever complete without a pair of Christian Louboutin high heels. Elegant, classic, and undoubtedly the fashionista’s best weapon! Louboutins have earned icon status by being the perfect pair to dress up even the simplest of dresses, thanks to their signature shiny red-lacquered soles. From the ordinary fashionista to royalty, this French luxury footwear brand is favoured by all! 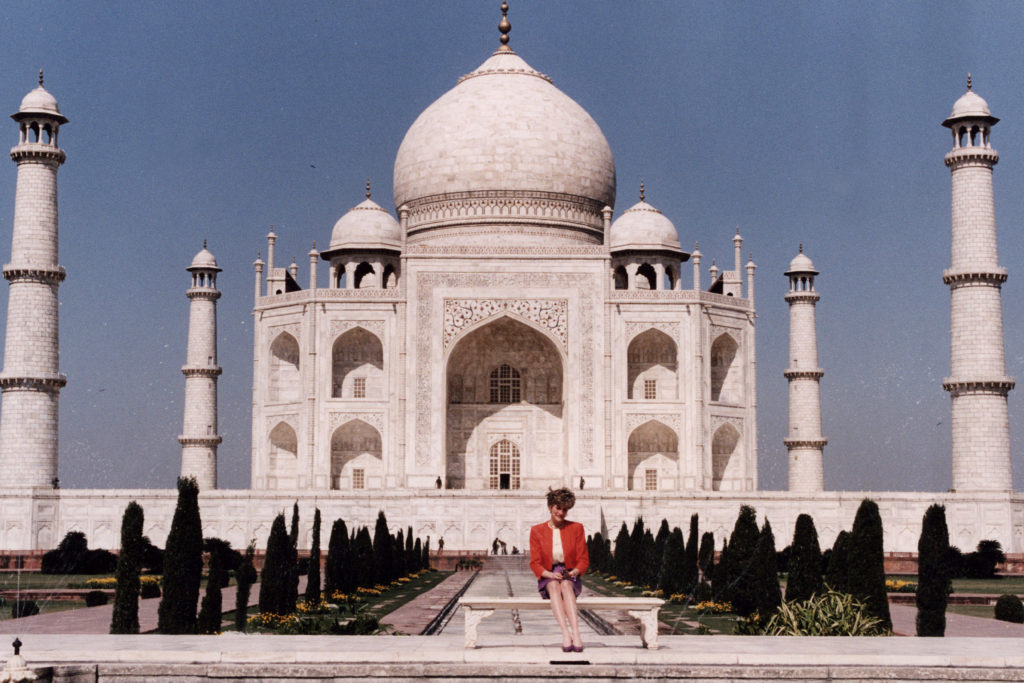 The very first pair of shoes Christian Louboutin designed was inspired by none other than an iconic fashionista, Princess Diana! It is said that upon seeing the photo of the Princess in front of the Taj Mahal in 1992, the legendary designer said “she was looking at her feet and I thought she looked so sad… it would be nice to have something to make her smile when she looked at her feet.” Thereafter, Louboutin designed suede flats with the text ‘LOVE’ written in his signature red! Yup, that’s right. The very first pair of Louboutin Shoes were flats! (We’re shocked too!). 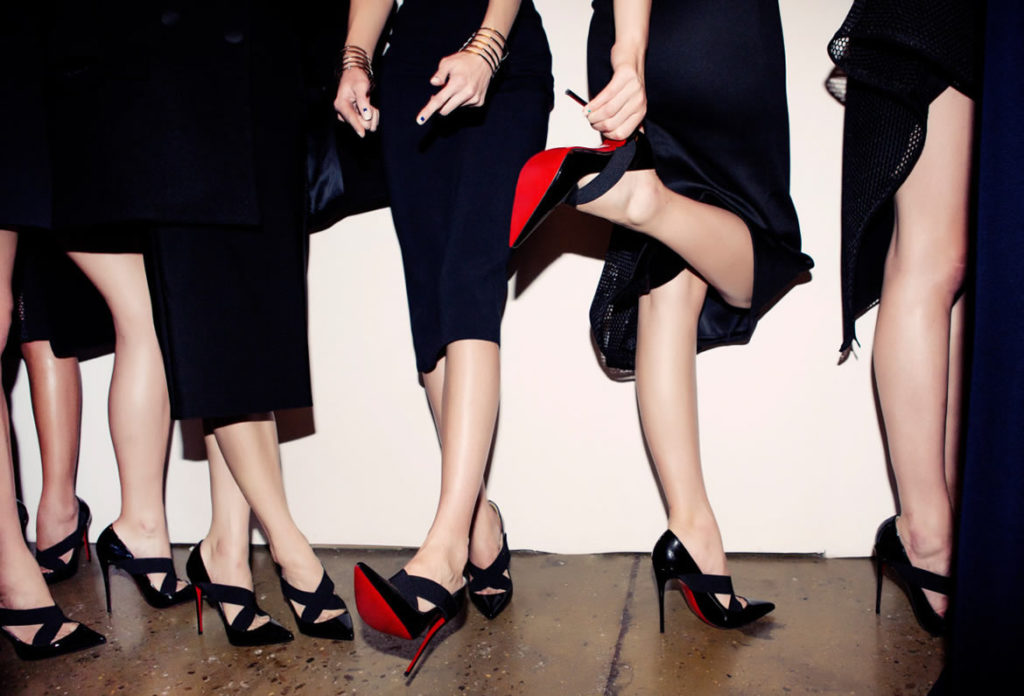 Everyone knows that the red sole Louboutin high heels are the brand’s signature feature. But how did it start? Back in 1993, Louboutin had thought of making a shoe inspired by Andy Warhol’s ‘Flowers’. The prototype includes a pink stacked heel with a cartoonish cloth blossom from Italy. “I was very happy because it was similar to the drawing but the drawing still was stronger and I could not understand why.” Louboutin continued, “There was this big black sole, and then, thank God, there was this girl painting her nails at the time.” Louboutin grabbed the bright red nail polish from the assistant and slathered it on the sole of the prototype. “Then it popped and I thought, this is the drawing!'”

Funny how a business worth a global fortune gained its footing, so to speak, with something as teeny tiny as a bottle of nail polish, huh? Isn’t it amazing how those flashy soles really do make the shoes pop? According to the designer, “Men are like bulls. They cannot resist the red sole,” and yet if it hadn’t been for an assistant painting her nails at that exact moment, they might never have been a part of the signature Louboutin style! What do you gals think of this story? Kinda cool, huh? Discuss! 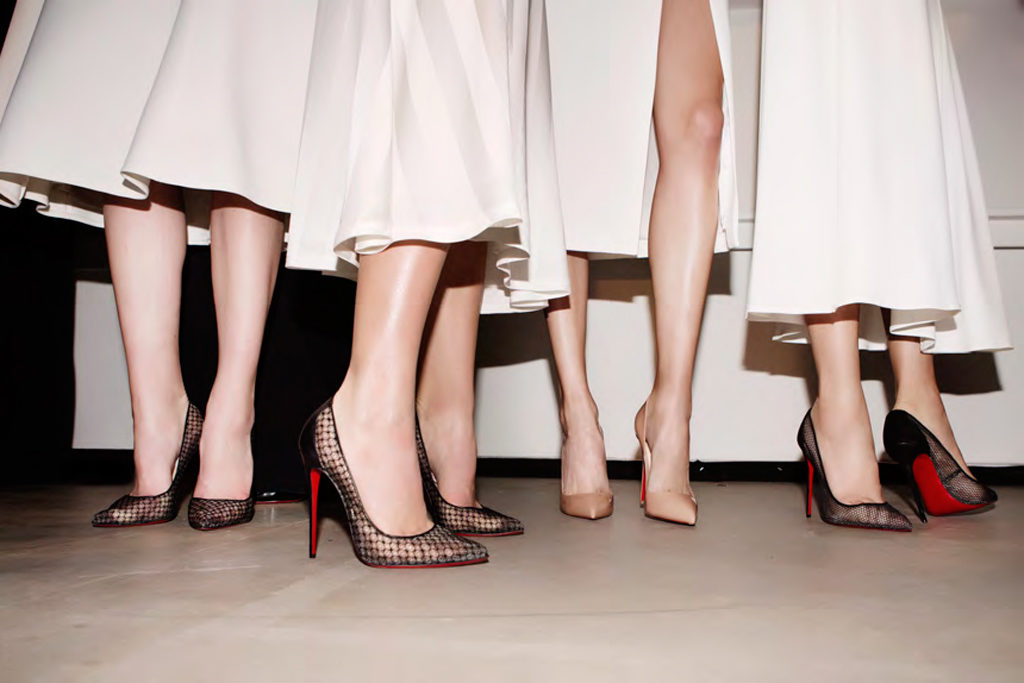 Today, Christian Louboutin has amassed a notable clientele with some very dedicated fans. For example, novelist Danielle Steel owns over 6,000 Louboutin high heels, purchasing up to 80 pairs at a time during her shopping excursions. Blake Lively has even found therapeutic comfort in putting on Louboutin high heels, telling Glamour “I also like to dress up…I also think that’s relaxing—to put on a great pair of Louboutins.” We couldn’t agree more!

The Signature Red Sole Is Trademarked In Several Countries 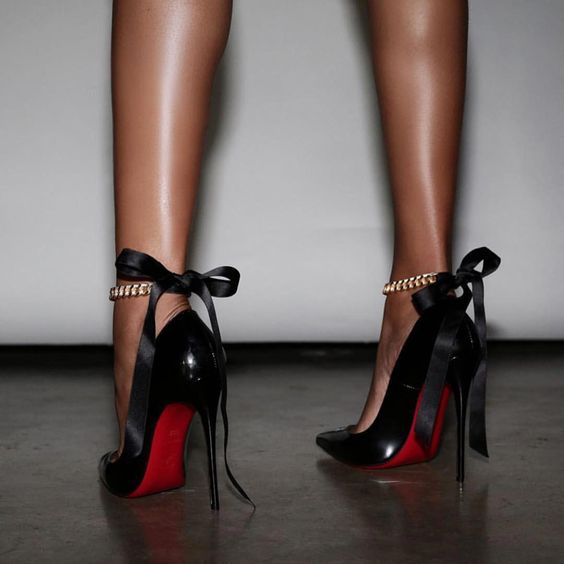 Despite this, Louboutin high heels remain one of the most counterfeited items worldwide. After all, imitation is the sincerest form of flattery! Mr. Louboutin had filed countless infringement claims himself, including the top luxury brand Yves Saint Laurent! One of his old friends, fashion designer Diane von Furstenburg, even stood against the brand publicly to support him.

The red sole is protected as a trademark in several countries, and litigation has taken place in various disputes in which Louboutin claimed infringement of its rights. Litigation generally also involved discussion of the validity or the scope of protection of the trademark. 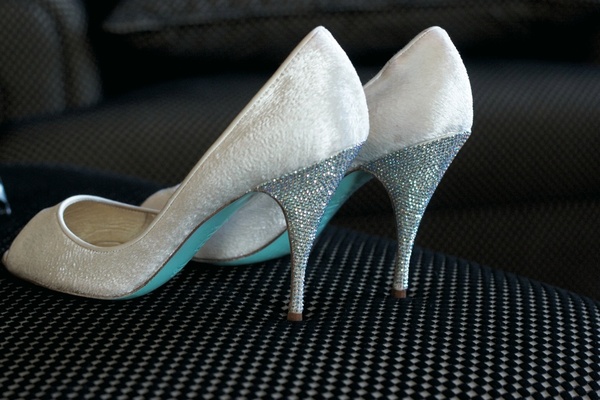 You know Christian Louboutin shoes when you see the red soles, but did you know that these highly coveted shoes also came in a baby blue range! This was intended to provide the ‘something blue’ for brides-to-be. However, these beauties were only available via special order and were very short-lived. Unfortunately, production was eventually stopped due to trademark issues. 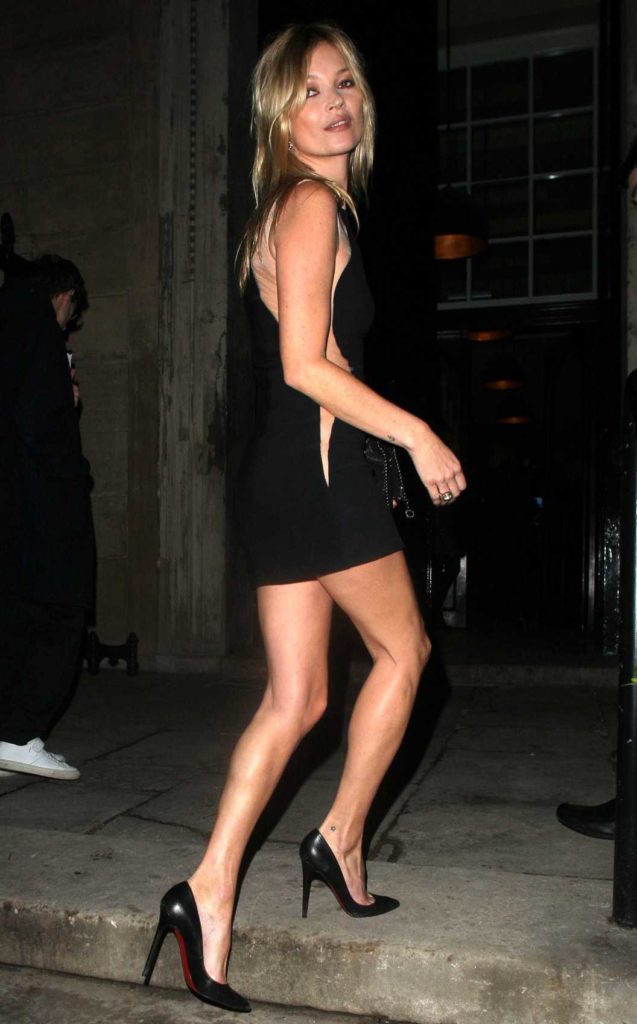 Every true fashionista has a pair of ‘So Kate’ Louboutin high heels in their closet. Did you know the inspiration behind the shoe was actually the equally iconic supermodel, Kate Moss! The supermodel has countless pairs of Louboutin’s iconic ‘Pigalle’ heels but when Christian Louboutin was fitting Moss for shoes for her wedding celebrations, he decided to ‘reshape’ it slightly and make a version perfect for her. He lengthened the point of the toe, closed the heel in more, made the heel pin-thin and higher. Thus, the highly coveted ‘So Kate’ was born! 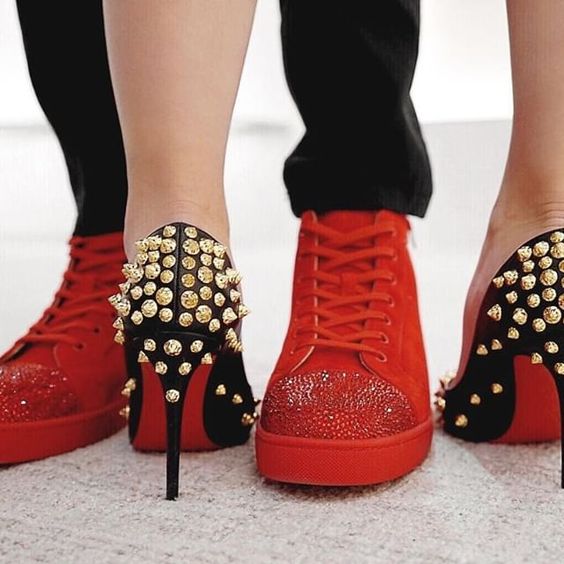 It has been reported that Mr. Louboutin will never consider doing a lower-priced line, despite being asked many times before, because it would compromise the quality of his products. “It would offend me to put my name on a design I would not be proud of. It’s non-negotiable,” he says. So you can sleep easy knowing every single pair of Louboutin high heels was made with quality in mind. Every single stitch is perfection!

Despite a huge personal shoe collection (he has well over 100 pairs in his Paris residence alone) he often thinks he doesn’t have the right shoes for the right occasion! According to the iconic designer, this is keeping him motivated to create even more! This shoe collection is organised in neat categories; spike-embellished in one cupboard, metal-tipped in another, and sneakers in another.

Craving another pair of Louboutin high heels? Don’t worry, we’ve got you! Luxity stocks only the most coveted Louboutin shoes for you and they’re 100% authentic of course. What are you waiting for? Shop our latest designer products now!