Top 10 Facts About Versace That You Didn’t Know

September 9, 2020 | Comments Off on Top 10 Facts About Versace That You Didn’t Know
Categories: Everything Luxury.

Everybody loves Versace’s handbag, shoes and clothing, but few know the history behind the iconic empire. Here are 10 interesting facts about Versace that you probably never heard about before.

1) All in The Family 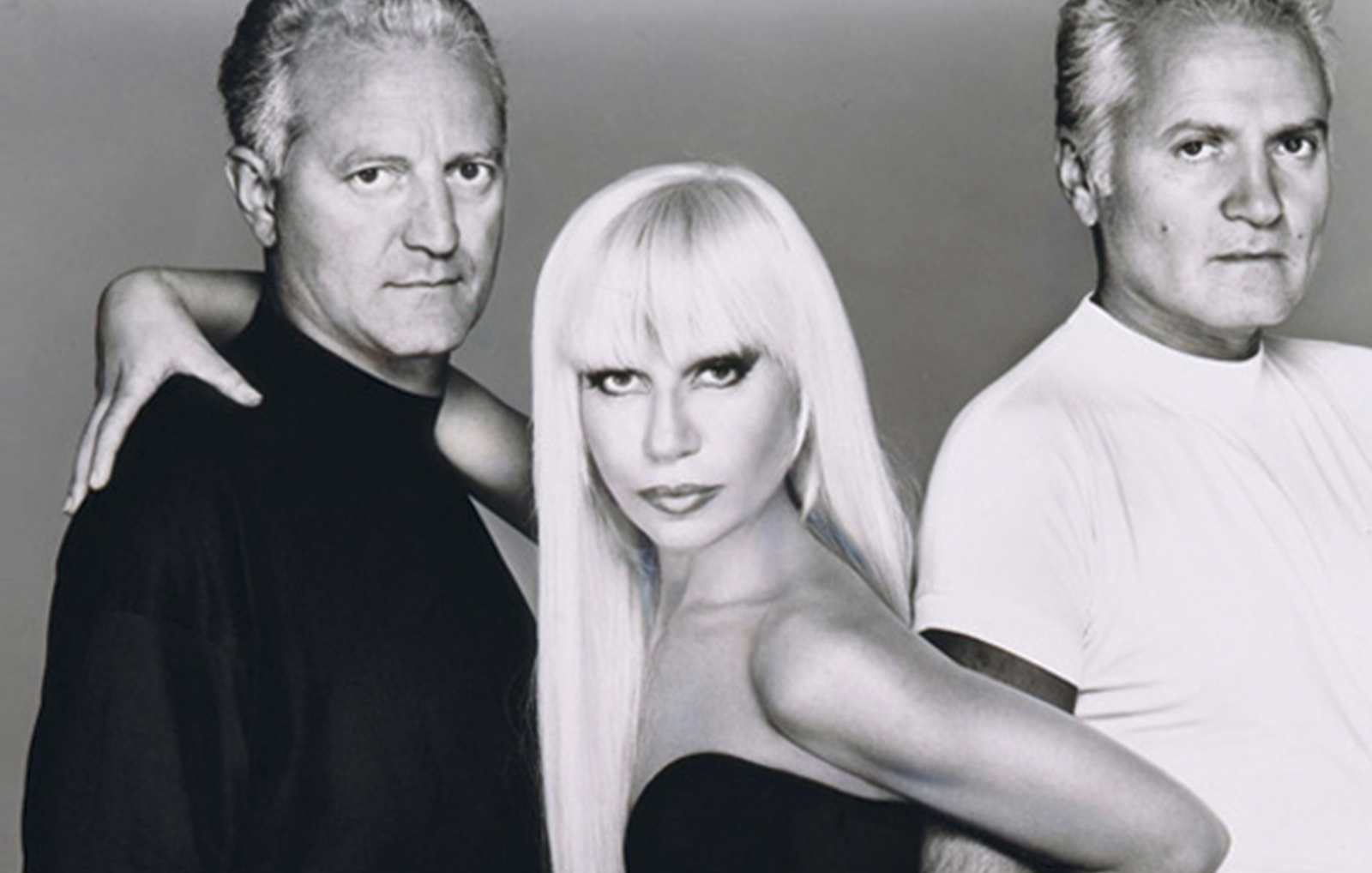 The Versace siblings were born into fashion. Their mother was a successful dressmaker with a little empire of her own in Reggio Calabria, Italy. Here, Giovanni ‘Gianni’ Versace worked as his mother’s apprentice and learnt the art of dressmaking and design. Later, Gianni moved to Milan to establish the Versace brand with the help of his brother and sister, Santo and Donatella.

2) Versace is the Inspiration For Google Images 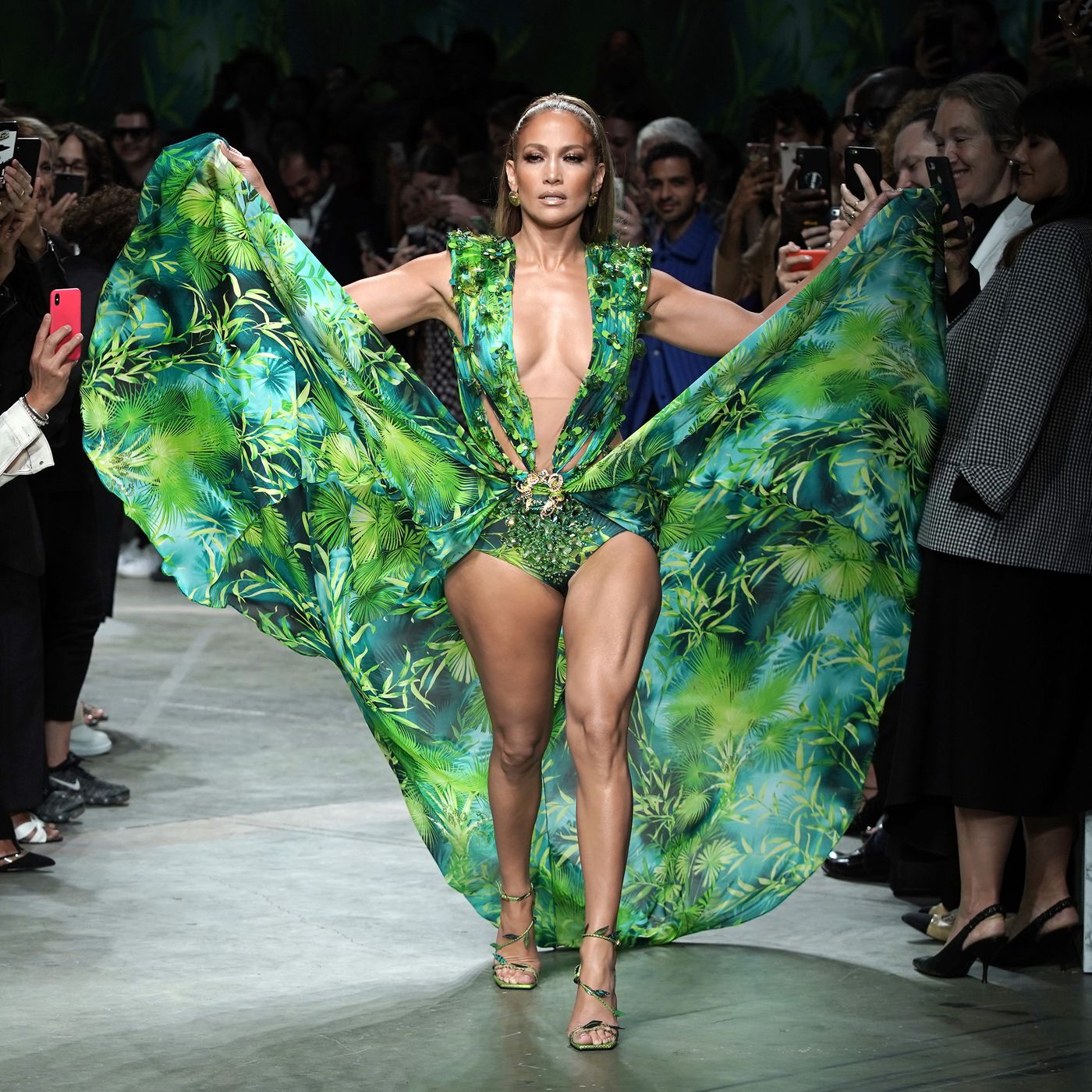 In 2000, Donatella Versace sent Jennifer Lopez a dress for her appearance at the Grammy Awards, the dress received such significant global media coverage that Google registered the user behavior as a sign to introduce the ‘Google image’ as an option when people search for something visually and thus find the desired pictures. 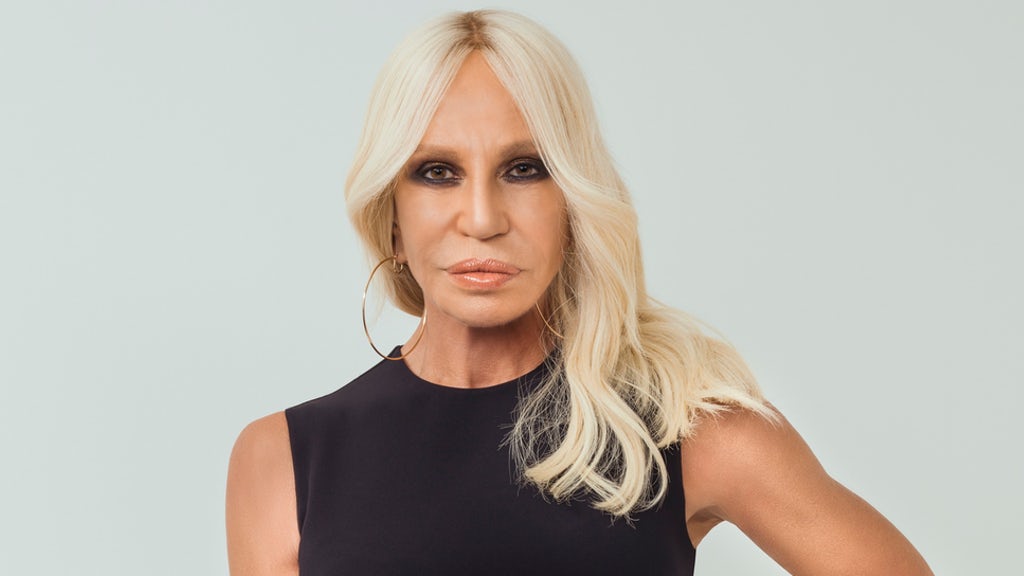 In an interview with Vogue, Donatella Versace revealed that most people pronounce Versace wrong. She says that it’s not ‘Versachee’ but ‘Versach-eh’ 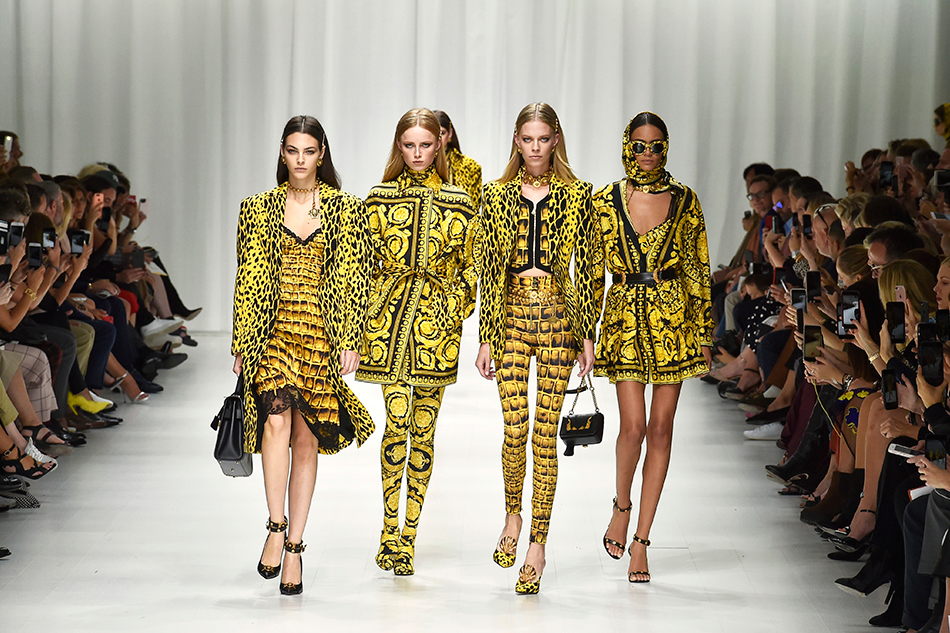 Versace is the main line that is often seen on the runway, whereas Versace Collection is a licenced diffusion line that only incorporates certain elements of the Gianni Versace brand with a younger and trendier spin. What’s more, Versace Collection uses less expensive materials so it’s generally more affordable. 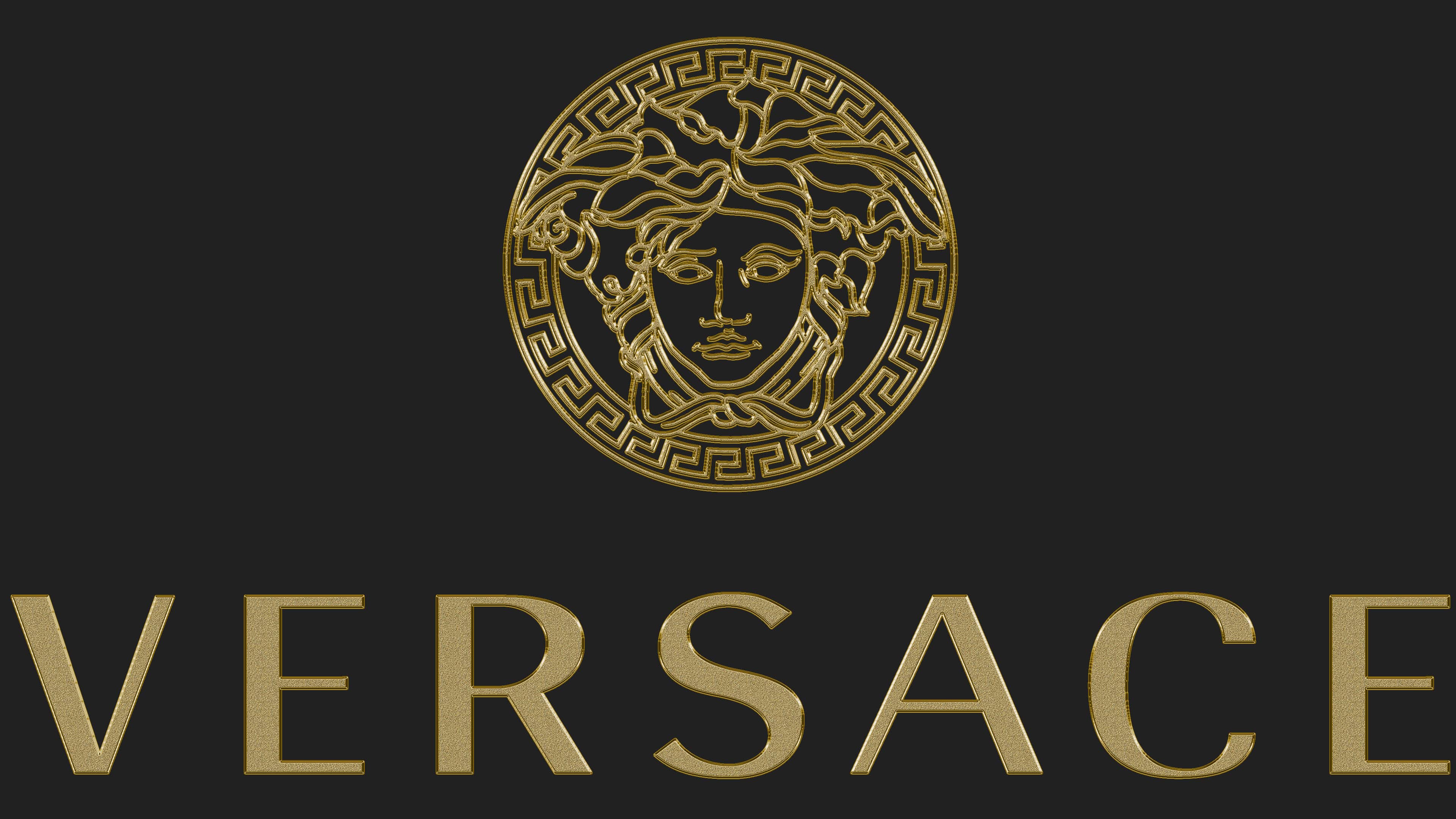 Everyone knows that Versace’s logo is the head of Medusa, but few people know about its meaning.

Medusa was the Greek mythological figure known for having hair made of snakes and eyes that could turn men to stone. It is said that Gianni Versace wanted to use Medusa because her devastating beauty made everyone fall in love with her. He hoped that his clothing would produce the same dazzling effect. 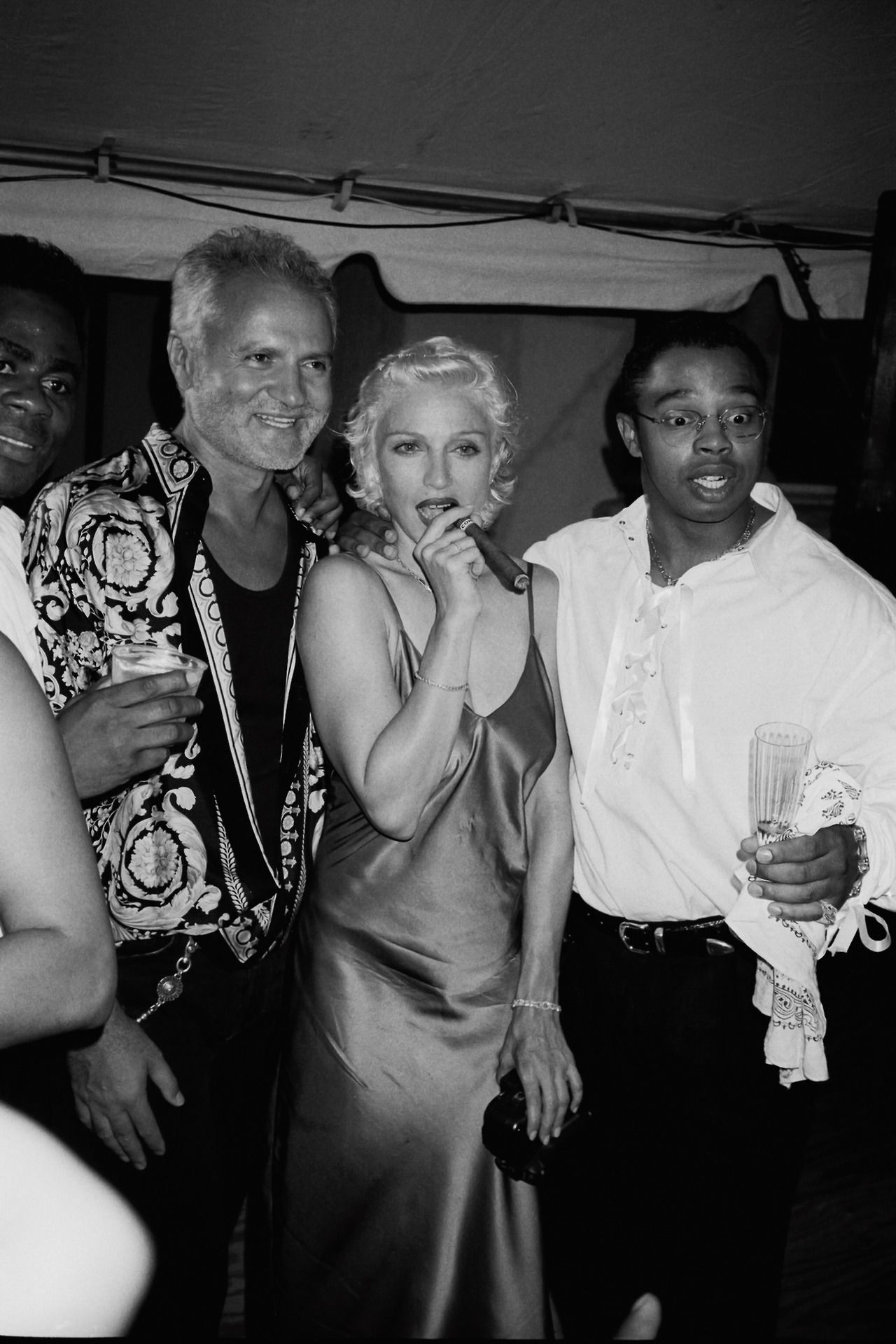 Gianni Versace was one of the first designers to invite celebrities to fashion shows. The designer was well acquainted with high-profile celebrities namely Michael Jackson, Madonna, Sting, Princess Diana, Elton John and more. So, he decided to feature celebrities in Versace’s marketing campaigns and to invite them to sit front row at fashion shows. What better advertisement for a brand than having famous people as fans! 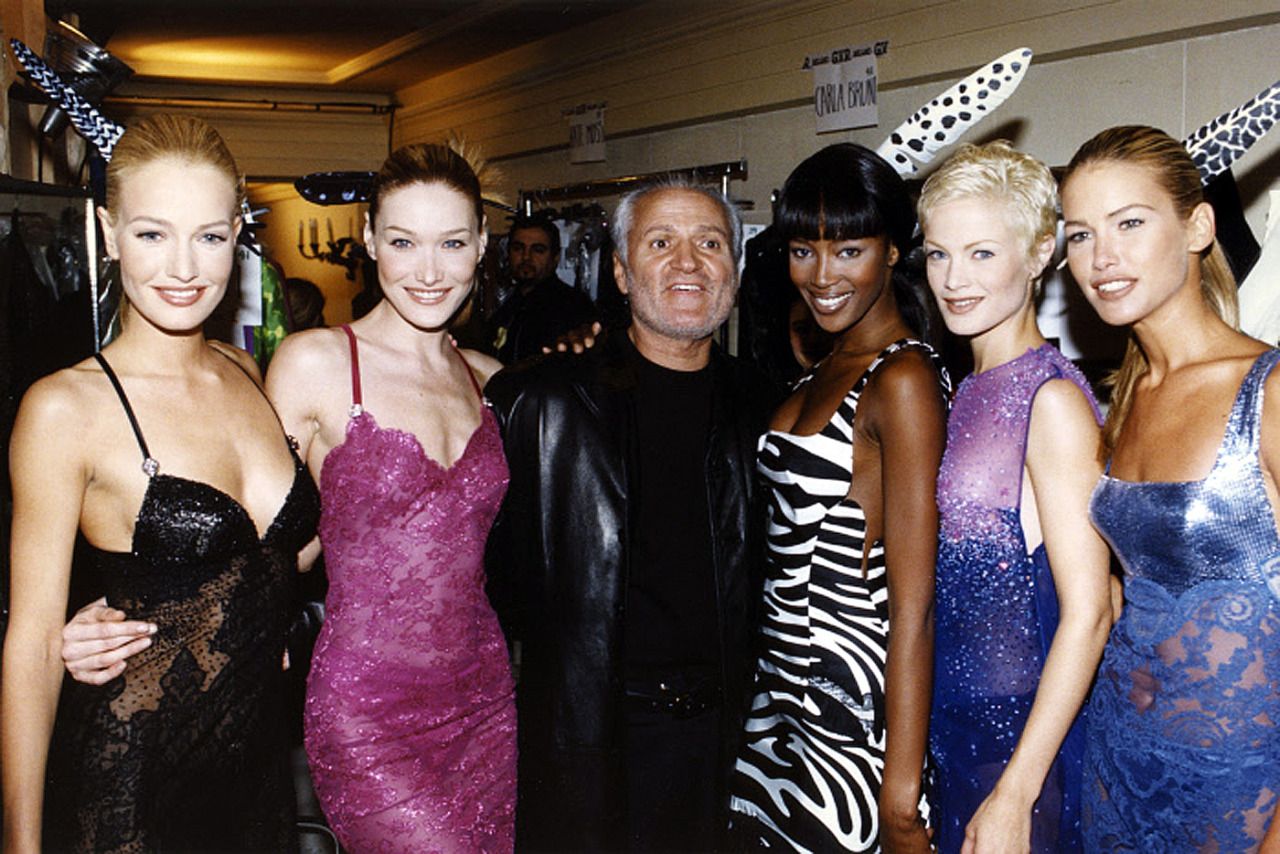 8) Gianni Bequeath Half The Company To His Niece 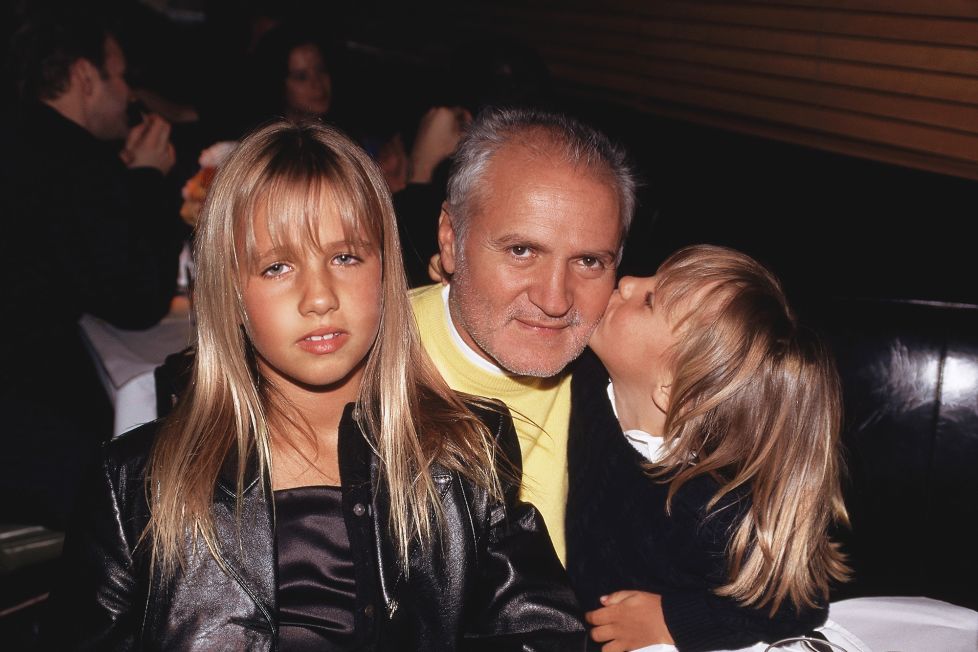 Gianni believed he wouldn’t survive a surgery to treat his cancer and created a will dictating who would be left in charge of his fashion empire. He left 50% of the company to his niece Allegra, who was only 11 at the time of his death. Allegra got her shares when she turned 18 in 2004 and has since joined the board of directors for Versace. 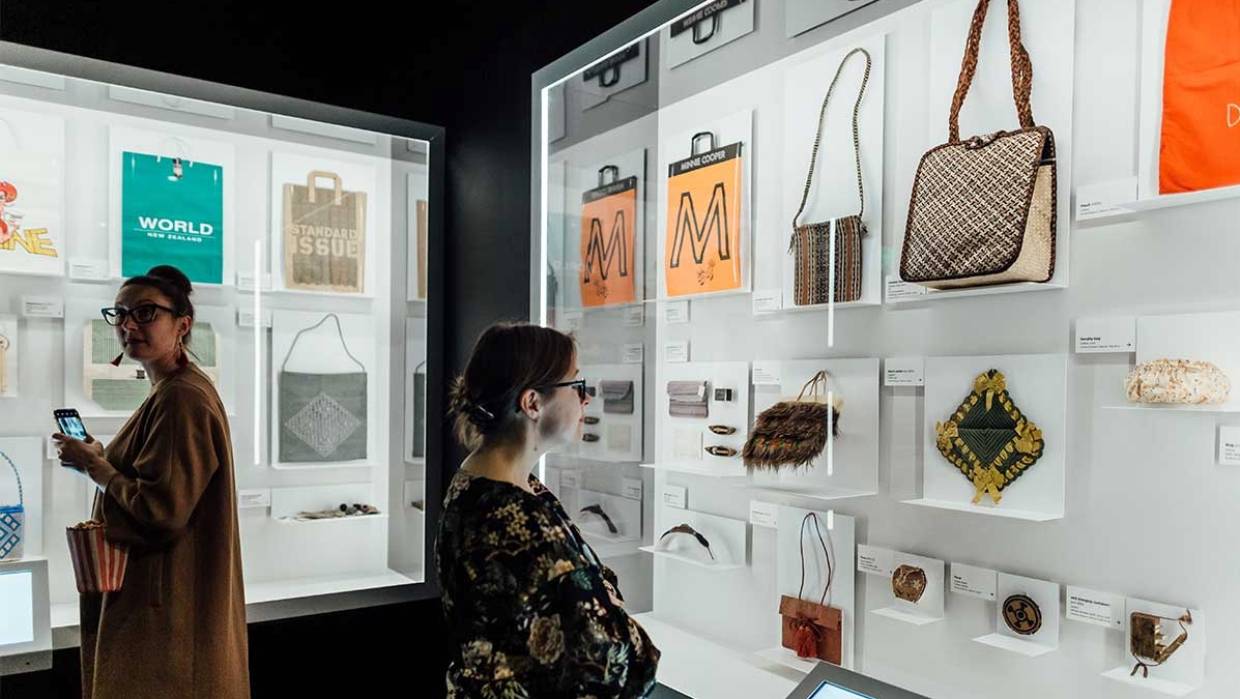 Versace designs appear in museums all around the world, including Germany, Japan, Chicago, and London.

In addition to designing his own collections, Gianni Versace was also known for his designs for theatre and films. He created costumes for various ballet and opera productions, often collaborating with Maurice Bejart. What’s more, Bejart later honoured Versace in 2007 with a special ballet written for the 10th anniversary of his death. 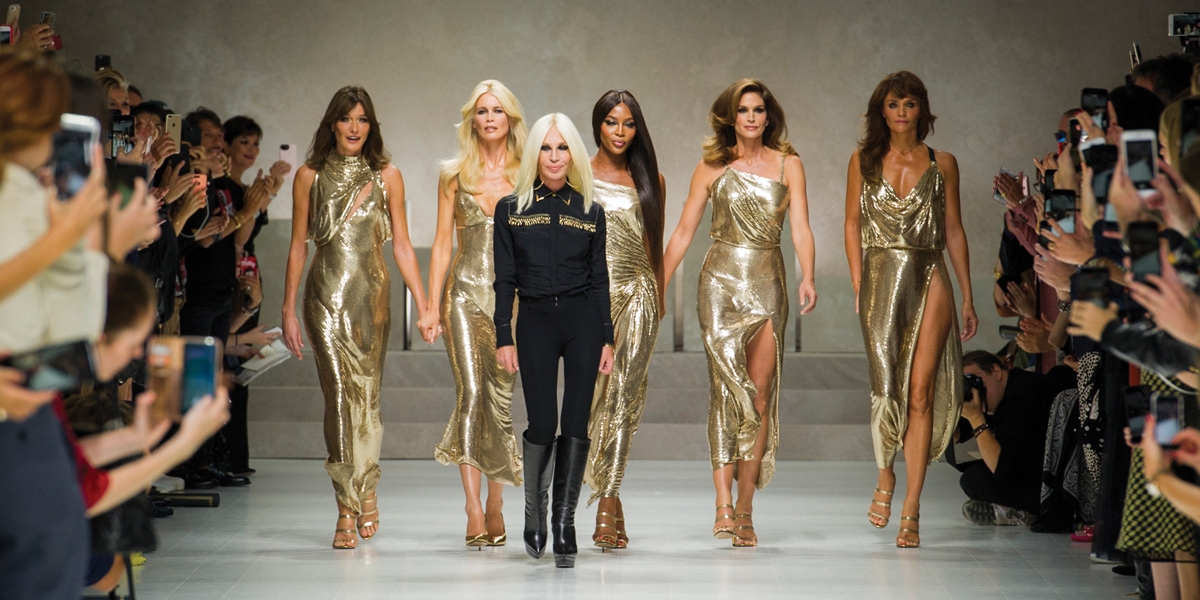 Even years after his death, Versace is still thriving in the fashion world. In 2012, fashion designer Giorgio Armani wrote about Gianni: ‘Fifteen years after his death, what I remember of Gianni Versace? His incredible exuberance, a sense of happiness that mixes everything—ideas, trends, memories, art—with a sort of nonchalant vitality. He was a great creator.”

If you’re dreaming of owning your very own Versace piece but don’t want to spend an arm and a leg – why not purchase pre-owned luxury items in excellent condition at Luxity! Shop vibrant Versace handbags, shoes, sunglasses and more now. 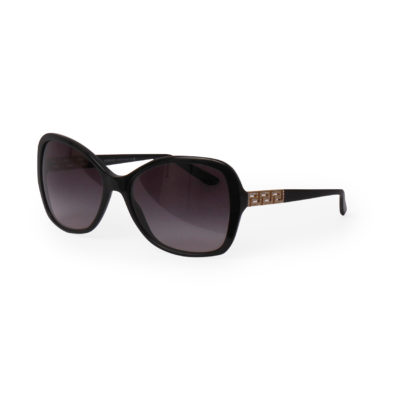 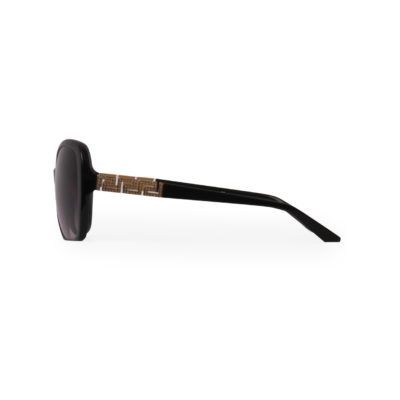 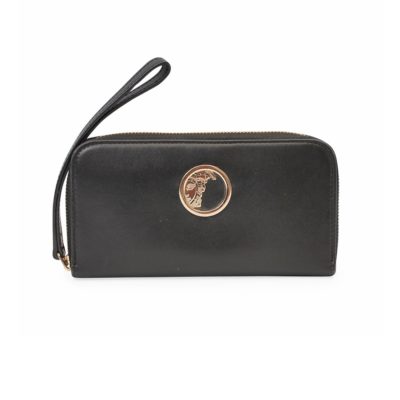 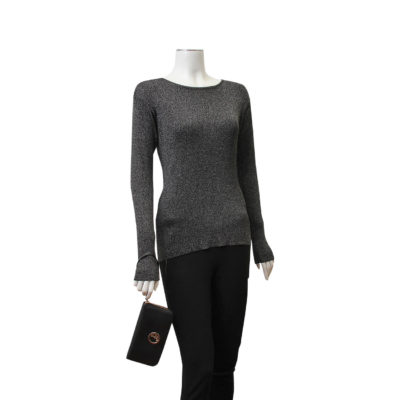 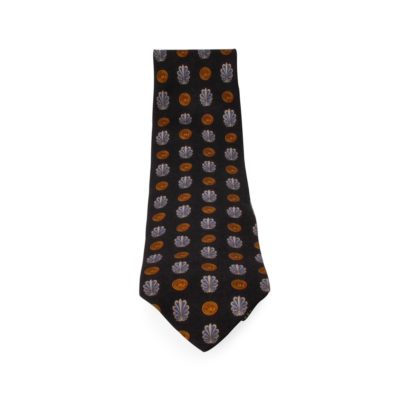 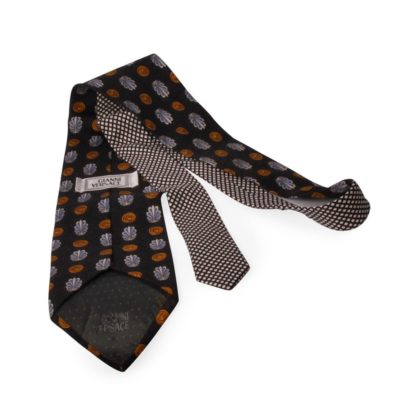 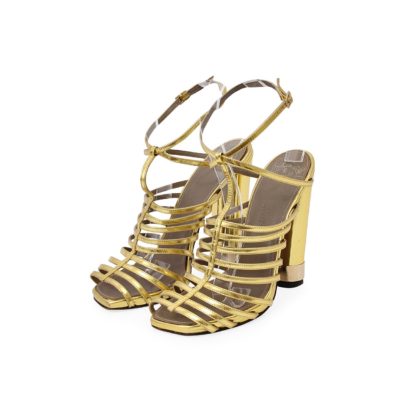 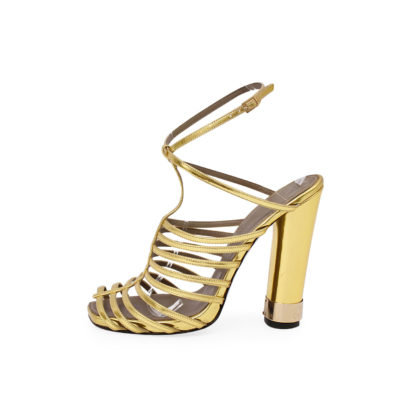 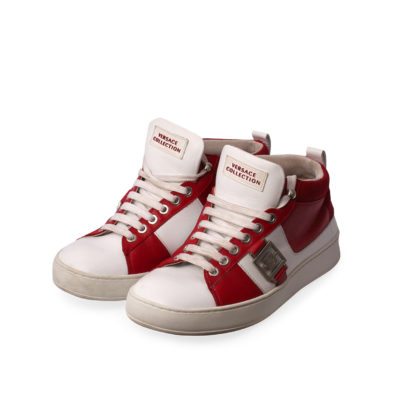 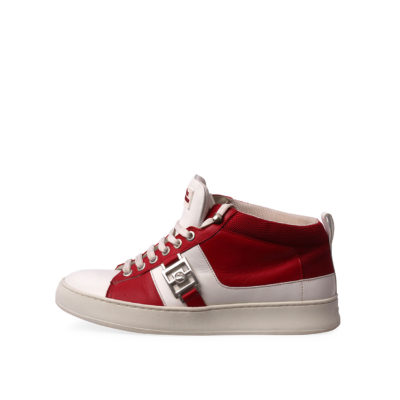 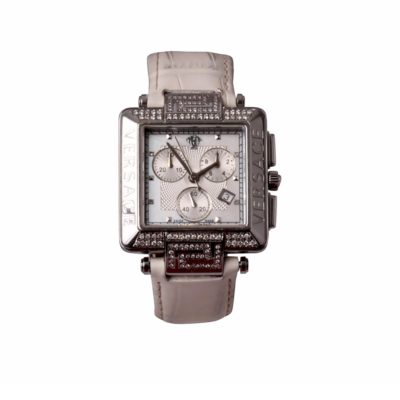 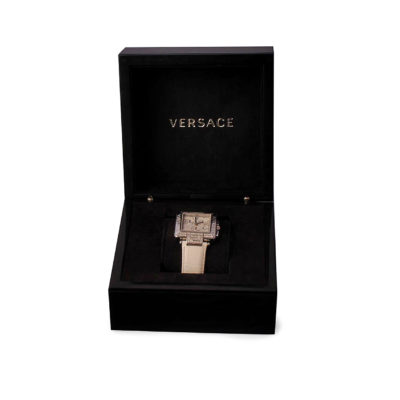 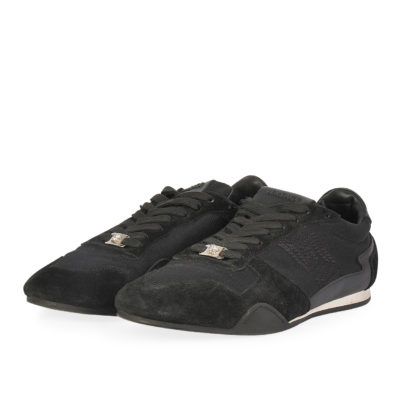 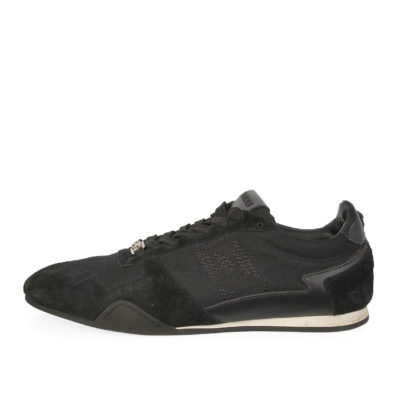 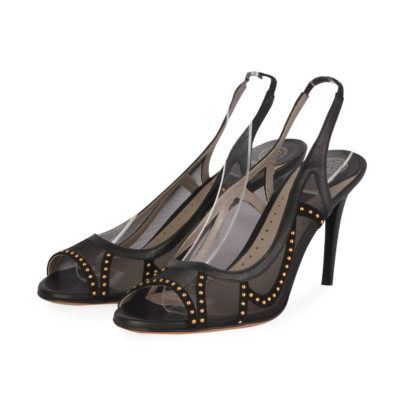 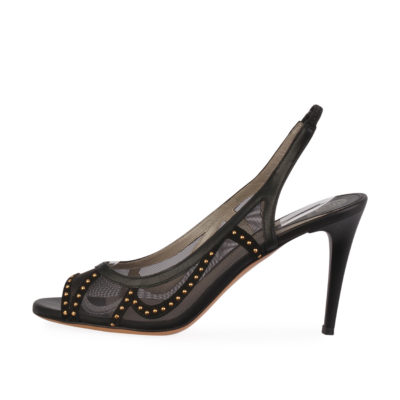 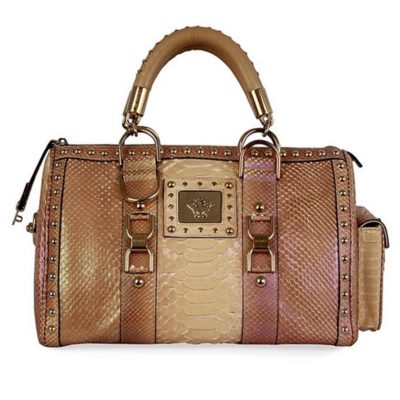 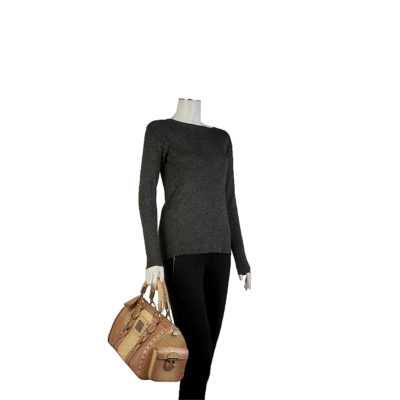